Route Profile: Easy. The bicycle route through Istria runs slightly hilly. The tour is suitable for children from the age of 14.

Hotels of 3* and partly 4* category

The start of this bicycle tour is Trieste, the former Habsburg seaport seated at the foothills of the Karst. During the Roman Empire Trieste became a busy and rich port. After a few kilometers you leave Italy and cycle to Istria, Slovenia and Croatia. This sunny peninsula in the Mediterranean Sea is characterized by little picturesque fisher villages, small towns on the karst hills, vineyards and valleys. Let yourself be surprised from the charms of a landscape rich in contrasts and the various colours of Istria.

Individual arrival at the first hotel in Trieste.

After a few kilometers you say goodbye to Italy. In Slovenia you cycle mostly on cycling paths through famous swimming resorts like Koper (Capodistria) and Izola (Isola d’Istria) to Piran (Pirano) or Portorož (Portorose), a spa town on the Slovenian Riviera. Using the ship from Trieste to Muggia the tour can be shortened (ticket not included). The longer version leads through the “Val Rosandra” in the back country. From Muggia both options lead along the coast. 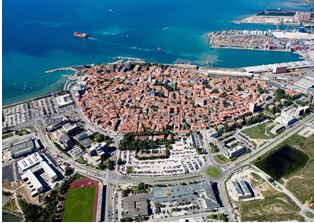 You pass the salt gardens of Sečovlje, where they produce sea salt on huge areas through natural evaporation, and you cycle over the border to Croatia, travelling through the Croatian part of Istria, the biggest peninsula of the Adria, slightly hilly to Umag, which historic center was built on the relics of a Roman colony. Umag is well-known also for the ATP tournament – “Croatia Open”, held every year. Enjoy a sightseeing tour in the evening through the medieval town with its narrow alleys and the beautiful city tower.

From Umag you cycle – on slightly hilly terrain – to Novigrad or Cittanova. This medieval town surrounded by a battlement wall is seated on the water mouth of Mirna. Then you cycle to Poreč, the most important coastal city on Istria’s west coast. We suggest visiting the Euphrasian Basilica, which is on the UNESCO World Heritage list.

You have the choice: either you visit by boat the Brijuni islands or the Limski channel, you enjoy your day off by the sea or visit the country land of Porec. The Brijuni islands are twelve smaller and two bigger islands; the main island Veli Brijun was used by the Yugoslav statesman Tito as summer residence. Today the islands are National Park and only Veli Brijun can be visited by the public. Going by boat to the fjord like Limski channel you might be lucky and see some dolphins. The Limski channel is a National Park and on the coast you find mussels and oyster farms. 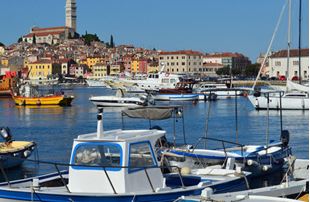 Have a last view over the picturesque seaport on Istria’s west coast before you leave to Rovinj. The city is surrounded in the west and the south west by the Adriatic Sea. Afar the high bell tower of the Euphemia Church built on the highest spot of Rovinj, greets you. Go ahead, if you would like to cycle to Zlatni rt (also known as Golden Cape), a peninsula, where you find a park in a nature reserve.

The last day on your “expedition” in Istria leads you to Pula on Istria’s south west point. Pula is the oldest town of Istria and its commercial and cultural center. Enjoy your last day of the tour, amongst various antiquities and the mighty Roman amphitheater in the center of Pula. 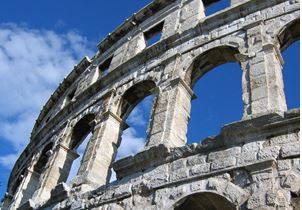 Individual departure or possibility to extend your stay. 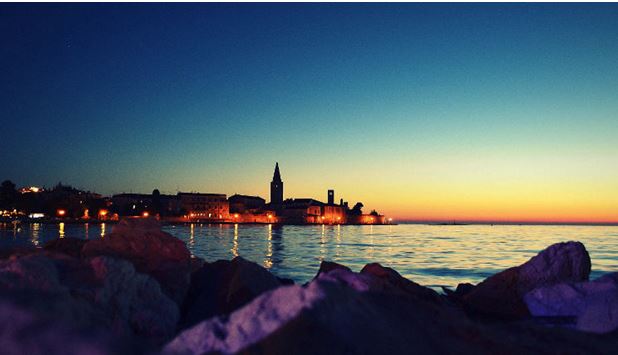