Italy – Apulia The Heart of The Mediterranean Bicycle Tour 2023 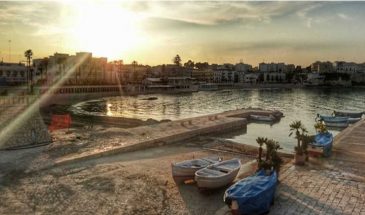 Discover the southeast end of Italy. On this bicycle tour you will not only experience the unique countryside between the Adriatic and the Ionic Sea, but also the friendliness and hospitality of the southern Italians. The countryside is rich in culture. The Greeks, Romans, Byzantines, Normans, Habsburger and the Bourbons have all left their marks in the region.

Route Profile: Easy. Easy touring, apart from a few slight ascents and descents along the route, most of this tour is along flat, tarred roads. As you are travelling out of the main season, most of the roads are mainly free of traffic.  The tour is suitable for children over 14 years.

Discover the southeast end of Italy. On this bicycle tour you will not only experience the unique countryside between the Adriatic and the Ionic Sea, but also the friendliness and hospitality of the southern Italians. The countryside is rich in culture. The Greeks, Romans, Byzantines, Normans, Habsburger and the Bourbons have all left their marks in the region.

Individual arrival at the hotel in Alberobello. This small town in the province of Bari is famous for Trulli stone constructions. The Trulli of Alberobello are part of the UNESCO World Heritage sites list since 1996.

Enjoy a tour through the Valle d'Itria, one of the prettiest cultural landscapes of the south, with a stop at the famous wineries in Locorotondo to taste some local wine. The next stop is Ostuni, the “white town” offering breathtaking views of the sea. 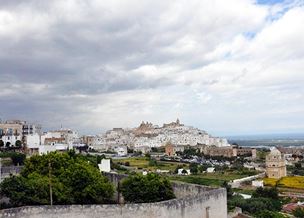 From Ostuni you continue through olive groves, vineyards and fruit crops to Avetrana, a historic small town on the Via Appia. This ancient Roman road led once from Rome via Taranto and Oria to Brindisi. Today only some parts of the ancient cobbled paths remain and are called the “Via Appia Antica”.

You leave Avetrana to reach the sea in the shortest possible time. After a short ride to “Torre Colimena” you continue along the coastal highway with its numerous defense towers to Porto Cesareo. Along the Ionic coast you carry on to Gallipoli. This originally Greek "Kale Polis" (beautiful town) awaits you! The old town is situated at the end of what seems to be an impregnable rocky island that stretches far out into the sea. There is a fantastic view both from the north and the south. The town itself has many churches and interesting museums.

Today you reach the southernmost point of Salento and at the same time the watershed at Santa Maria di Leuca. The place is especially known for its pilgrimage church. At the turn of the century, many splendid villas were created, which are an absolute architectural highlight due to their imaginative and absurd forms. Here eccentric end of the world lovers settled down to enjoy the tranquility and the sea in the remoteness of the place. 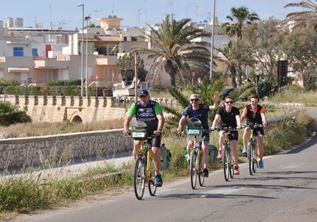 Along the southern coast of the Adriatic Sea you will reach the Messapian city of Otranto. It is considered an art historical gem in the midst of a charming landscape. The old town is surrounded by a mighty city wall and impresses with the impressive Habsburg Castle. On the way to Otranto, you will have the opportunity to visit the famous Zinzulusa Cave, the only coastal grotto open to the public. Santa Cesarea Terme, known for its hydrotherapeutic treatments and radioactive mud therapies, also deserves a stopover.

First on the Adriatic coast, then it continues through countless olive groves towards Lecce. If you want to take a break on the way, do it best on the high limestone cliffs limited bay of Torre dell'Orso. Lecce, the capital of Salento, is a city of great charm, which is particularly inspired by the undoubted beauty of its buildings and churches. In addition to Naples, Lecce is the baroque metropolis of the South, not without reason they speak of the "Lecce Baroque". Here, around 30 churches and countless palaces await your visit. Do not forget to pay a visit to the amphitheater and the Roman Theater, both probably built by Emperor Augustus. 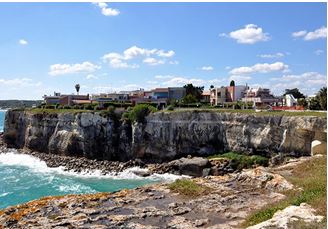 Individual departure or extension of your stay.