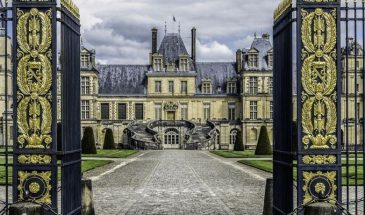 This eight day bike and barge tour starts in Paris, where the barge Fleur is docked in the center of the city, not far from the Notre Dame Cathedral.  Unlike other river cruise ships, you will follow the Seine upstream, in southern direction.  This region has a rich, royal history and the castle of Fontainebleau is a magnificent example of this past. The castle was much in favor among the French kings, because of the extensive possibilities to hunt in the surrounding forests. Just as impressive are the royal gardens, which the French kings had their royal architects lay out for them.  You will cycle through the wonderful forests to the painter’s village of Barbizon, where since the first half of the 19th century many painters (Barbizon School) have lived and worked. Next stop is Moret-sur-Loing, a charming medieval fortified town, strategically situated on the banks of the Loing River, where painter Sisley found inspiration for his beautiful impressionist paintings. From there you will follow the Canal du Centre to the beautiful medieval towns of Ferrières with its splendid monastery and Château-Landon with the Abbey of St. Severin. Your final destination is Montargis, a picturesque town with beautiful little canals.  The canals are decorated with many flowers and give the town a lot of charm.  The bicycle tours go mainly over quiet country roads, off the beaten track. 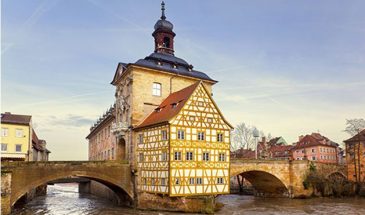 0 out of 5
(0 Reviews)
Bicycle and Barge Tours
Easy Level Self-Guided
No Size Limit
7 Days
From $88.00
Explore 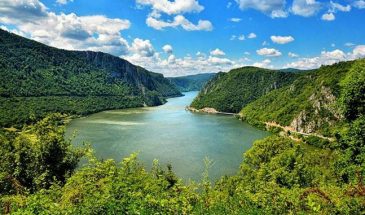 This is one of our popular tours!

0 out of 5
(0 Reviews)
Bicycle and Barge Tours
Easy Level Guided or Self-Guided
No Size Limit
15 Days
From $51.00
Explore

Route Technical Characteristics: Tour Profile:  Easy. The Danube cycle path leads through terrain with only slight gradients.  Do not feel like cycling? Without effort you will also reach your destination by ship. Distance: 219 km Travel Season: Self-Guided Tour on MV END_OF_DOCUMENT_TOKEN_TO_BE_REPLACED

0 out of 5
(0 Reviews)
Bicycle and Barge Tours
Easy Level Guided or Self-Guided
No Size Limit
8 Days
From $51.00
Explore

﻿﻿ Route Technical Characteristics: Tour Profile: Easy. The cycle route is completely flat, at times on a gentle downhill slope, and is ideal for bikers with less experience and children. The tour is rated easy on mostly flat terrain. Distance: END_OF_DOCUMENT_TOKEN_TO_BE_REPLACED

0 out of 5
(0 Reviews)
Bicycle and Barge Tours
Easy Level Guided or Self-Guided
No Size Limit
8 Days
From $51.00
Explore